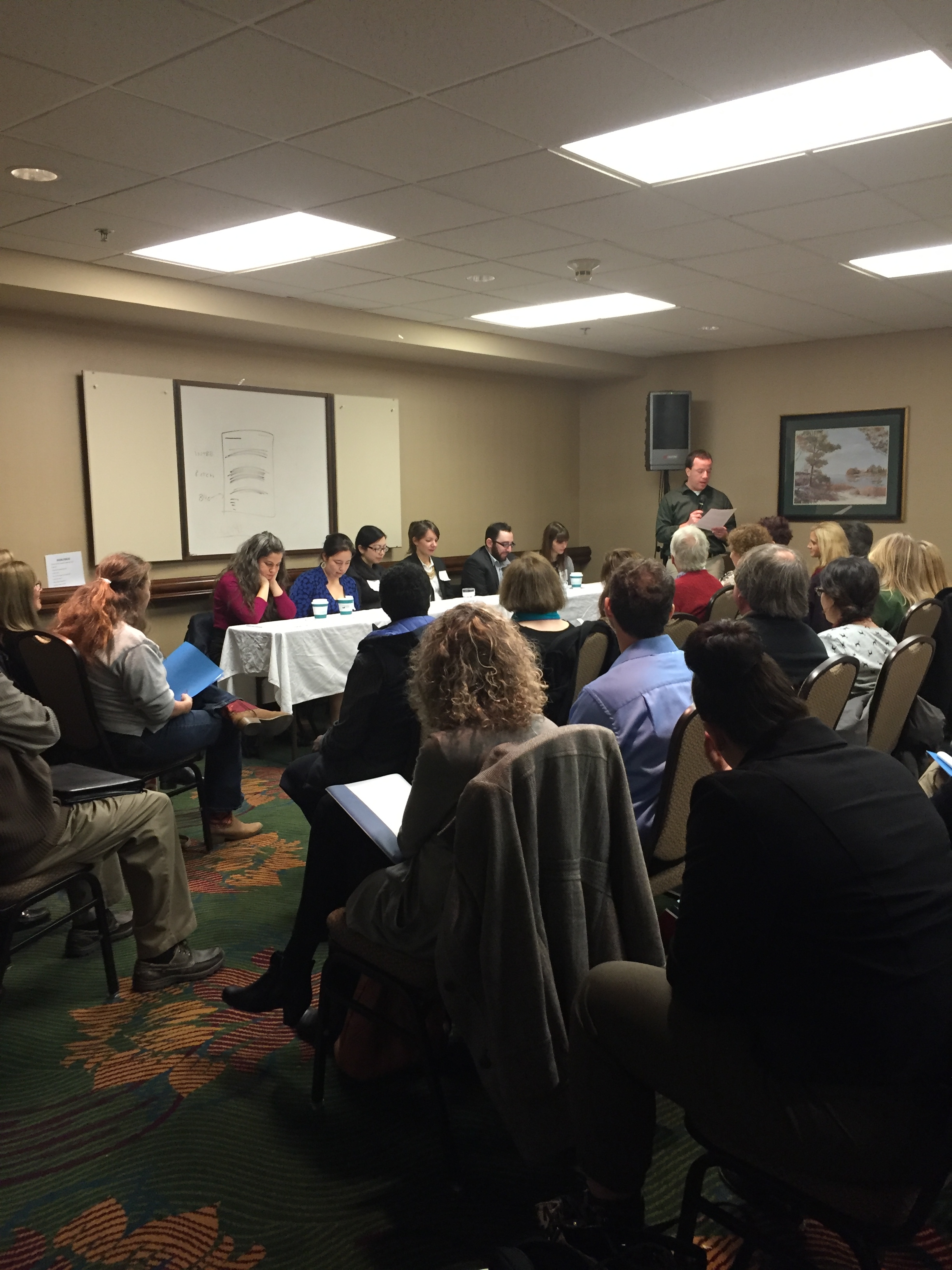 “What do you learn at the Connecticut Writers Conference?” by Lori Pelikan Strobel

Recently, I joined about 100 writers at a writer’s conference on “How to Get Published”. The presenter for the day was Chuck Sambuchino of Writer’s Digest Books. Chuck is the editor of Guide to Literary Agents, as well as the Children’s Writers & Illustrator’s Market. His books include Formatting & Submitting Your Manuscript; Create Your Writer Platform, and How to Survive a Garden Gnome Attack. He also works on one of the biggest blogs in publishing—the Guide to Literary Agents Blog—and one of the biggest Twitter account, @WritersDigest. Chuck was a humorous, engaging, and commanding speaker. His voice was just as I imagined it would be after having read articles written by him. Actually, he could have also had a career in radio. This is a compliment because he had a certain quality of sound and projection that came across very well when he spoke. Needless to say, given his topic, his accomplishments, and his voice … he had a lot to say! The day was broken down into five sessions in order to give the writer tools on getting published. Literary agents were also available throughout the day to pitch to and to give feedback to the writers. The literary agents were Jessica Sinsheimer (Sarah Jane Freymann Literary), Adrianna Ranta (Foundry Literary), Kimiko Nakamura (Dee Mura Literary), Lane Heymont (The Seymour Agency), Penny Moore (FinePrint Literary Management), and Kaylee Davis (Dee Mura Literary).

The first session was about “Publishing Options Today” where Chuck discussed the pros and cons to both traditional and self-publishing. In making the decision in which way to publish, he pointed out some important questions writers need to ask themselves. For example: Why do you want to be published? What is the goal? Money? He stated that in answering these questions, along with a few others, the writer would get an idea as to which way was “right” for them.

He next discussed, “Everything You Need to Know About Agents.” In this session, he answered everything from what an agent is, how to choose an agent, how to contact an agent, and what to submit. He was peppered with questions about when to use a query, a synopsis, and a book proposal. Chuck also clearly went over how to write a query letter and the seven parts of a fiction query pitch. Hint: “Do not reveal the ending,” said Chuck.

In addition, he focused on the importance of social media and how to market your books by creating a platform. During this segment, he discussed, what a platform is and when it’s necessary. He also shared some principles about a writer’s social media strategy. He shared that it’s important to start in a platform that you feel comfortable doing now. He stated, “It doesn’t mean you have to be everywhere on social media, when perhaps you may only feel good with Facebook.” He also mentioned to look at others on social media that you like and “learn by example.”

One of the most anticipated parts of the day was a “Chapter 1 Critique-Fest” with all the literary agents. For this session, writers were encouraged to bring the first page of their manuscript. Chuck then read out loud—with no bylines given. He asked the agents to raise their hands when they would stop reading the first page. When three of the six agents raised their hands, he would stop reading. The agents then commented on what they liked or didn’t like about the submission. The woman I sat next to agreed that we both could have listened all day to this discussion. It was so helpful and interesting to hear what made them stop reading.

We learned they liked good orientating. They especially liked when the first sentences gave them the who, what, when, and where of the character. Of course, they also loved beautiful words and words that showed rather than told. Throughout the hour and fifteen minutes of critiques, I believe there were only two submissions that made it all the way to the end of the first page. The agents were very honest.

The day wrapped up with Chuck giving his “10 Professional Writing Practices.” He said, “As a writer, so much is out of your control. It’s important to focus on what you can control and what will have a positive impact on your writing journey.” He shared how to always write the best thing you can, how to keep moving forward even in “the face of rejection”, and how to create more from yourself.

I can’t give away all ten of his secrets, but it you want to learn more, find your way to one of his writers’ conferences. Chuck has a lot to say and this writing event will provide you with many answers on “How to Get Published”.

To see more posts by Lori on Facebook, check out Lori Pelikan Strobel

To read about he “Transformative Power of Writing with Wally Lamb”click here.

If you want to see what a Waggleview™ is all about with a New York Times best-selling author, Sarah Albee, click here.