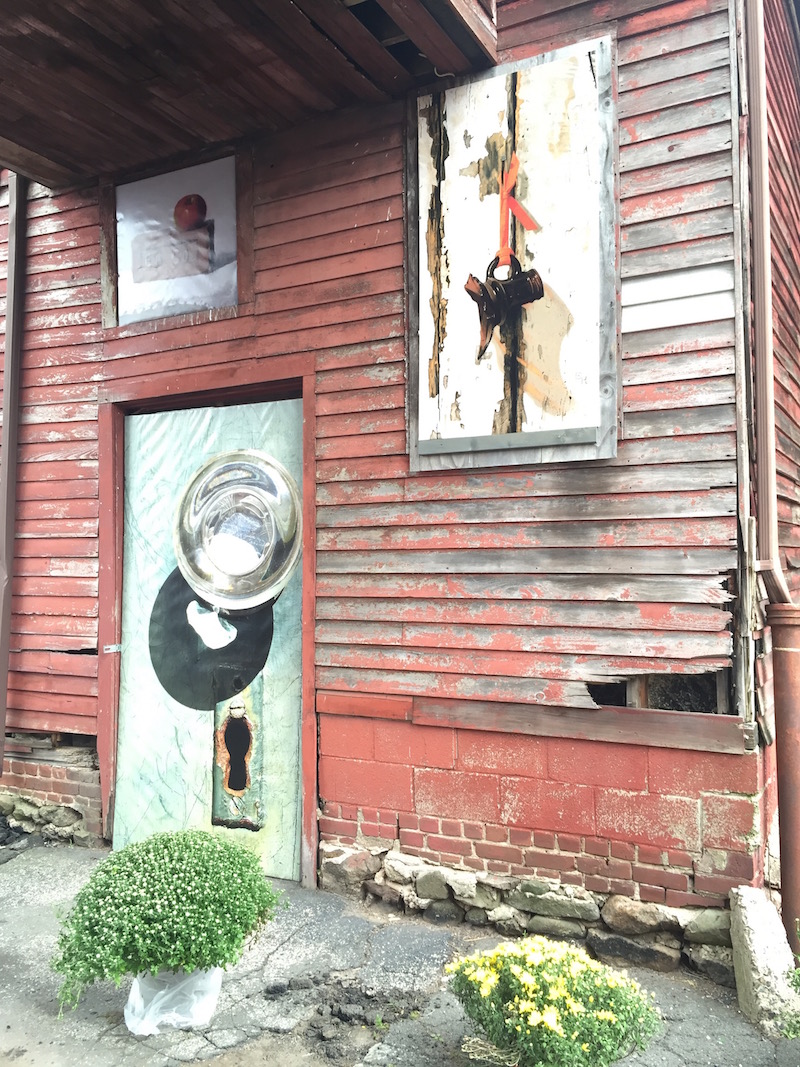 Scenes from Let in the Light

in Odds and Ends
6 Comments

Ball & Socket Arts, Inc. held a fabulous public event to kick off the transformation of a former button factory into a thriving center for the arts in Cheshire, Connecticut. This factory manufactured buttons of every kind; glass, metal, and uniform buttons that were worn by the U.S. forces in the Civil War. “Ball & Sockett became one of the world’s largest manufacturers of metal buttons.” Today, the vision for this building is to create a place for cultural education and programming. The founders, Kevin Daly, Jeffrey Guimond, and Ilona Somogyi are spearheading this transformation. They are aided by a wonderful group of volunteers called socketeers. For the opening of their windows project called “Let in the Light”, you can read more about the preparations for this event here. The windows project opening was a big success in large part to the many volunteers, artists, entertainers, and vendors who spent the day helping this vision move forward. The goal of the windows project was to cover up 58 old boarded windows of the factory with fabulous works of art. In essence, it turned the building into an outdoor art gallery. All the works of art have been transformed into digital prints that are weatherproof, so you can enjoy wandering around the outside at anytime. Another side exhibits a mural called, “Wheels are Turning on West Main”, led by renowned local muralist Tony Falcone. The mural project honors the building’s history as a former factory with windows that glow with the gears of manufacturing. “Wheels are Turning on West Main”

The third side of the building showcases works of a jury-selected art contest. These twenty-six windows shine with artwork from people that span in age from six to senior citizens. The works range in genre from watercolor, oils, acrylic, photography, textile collage, mixed media, pencil and many more. Artists of Let in the Light To find out more behind this former button factory click here. Also, if you love the arts and would like to support this project, please share this article with your friends. Perhaps it will inspire someone to volunteer, donate, or even push someone to believe in his or her own creativity. For more information on Ball & Socket Arts, visit their mission and vision at www.ballandsocket.org.