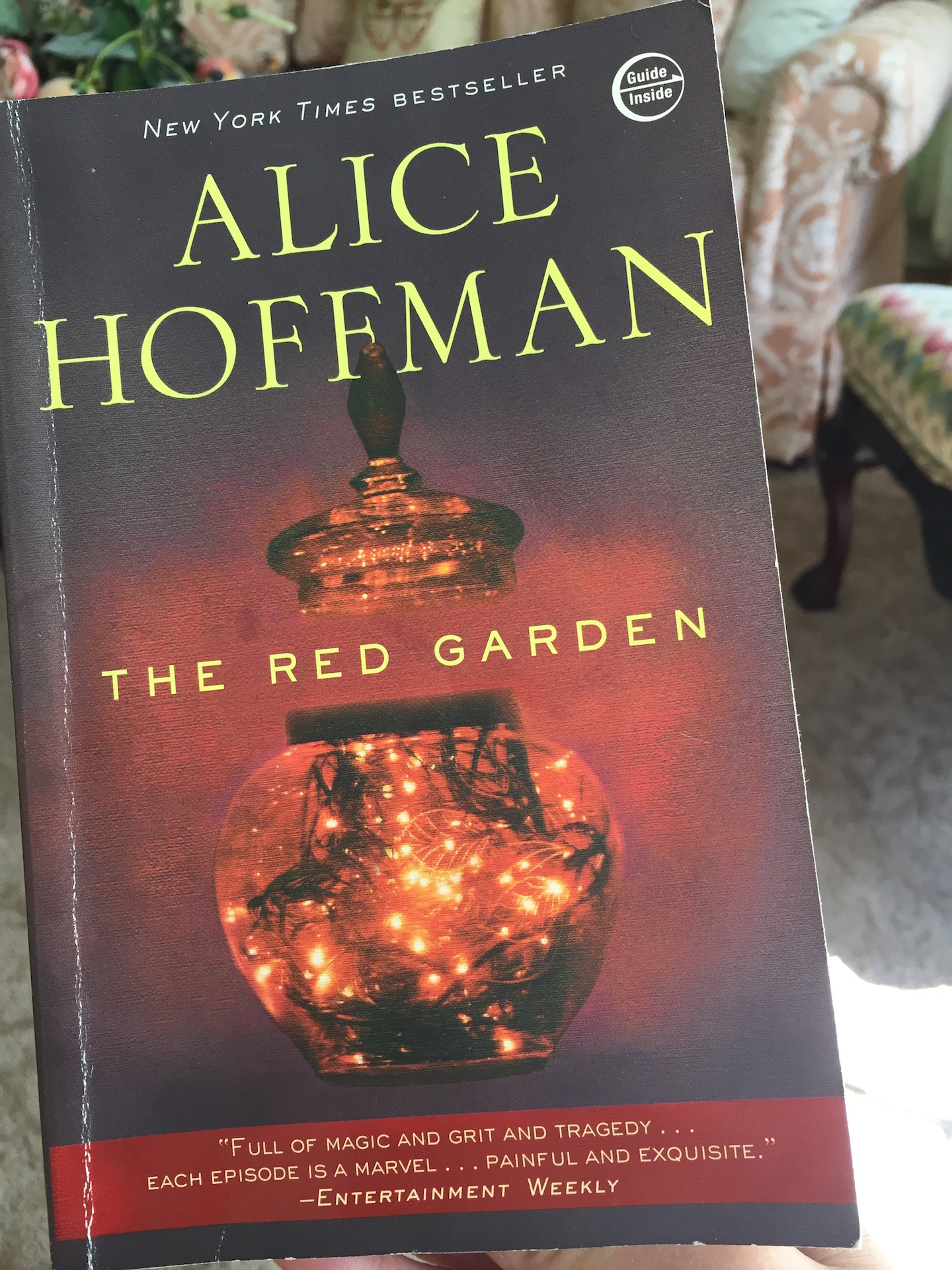 In Alice Hoffman’s book, The Red Garden, you discover something about life, love, and history. The novel shares an account of the characters who make up the town of Blackwell, Massachusetts. Each chapter is a short story, which weaves a tale with themes of nature and survival, survivors and victims, evil and justice, and love and loneliness. Each story winds its way through the red garden as you find yourself travelling along the path of this growing town.

“The family lore insisted that only red plants would grow in this stretch of ground.”

Not only is there a red garden but also there is red soil, red tempers, red hair, red freckles, red velvet cake, and red apples. Red is a powerful color as it symbolizes some of the most meaningful themes of life: passion, death, sin, and redemption. All of these make an appearance throughout the The Red Garden and its characters’ lives. The Red Garden by Alice Hoffman

The story opens with the relationship between nature and survival. In the chapter, The Bear House, we read, “She would rather die trying to live than simply give up like the rest of them.”

Just like all of us, the characters in this book learn how evil and justice can live together.

“… you had to be ready to receive what you were given.”

We also learn what separates survivors from victims.

“Sara told me that a women who could rescue herself was a woman who would never be in need.”

Don’t we all recognize that “Those who didn’t move forward were condemned to their miserable fates.”

The universal theme of loneliness haunts you as you watch this town grow.

“There was something wrong with him. Some kind of emptiness, as if he had been turned into a shadow on the night of his accident, as if he has snow in his veins rather than blood.”

“That was the country she was in most of the time, a place where people heard what she said but not what she meant. She wanted to be known, but no one knew her.” History repeats itself in the lives of these townspeople with their need to love and be loved. However, sometimes it just doesn’t work out.

“The moths repeatedly hit against the window, convinced they were headed in the right direction, heedless of the wire screens that stopped their flight.”

My advice in reading this rich, magical story is to simply read each chapter and not attempt to figure out who is related to whom. You will recognize family names many times and will see a story continue to grow through the years, but don’t get too bogged down on figuring out the relationship. Enjoy the words, the lessons, and the life of all these wonderful characters as they live in The Red Garden.

What’s planted and harvested in your garden? Are you a hearty perennial? Do you plant and sow seeds of love?

Want to hear about another good book? Click HERE to read about my last review.